The Tide is Turning on LNG in BC

SWCC was invited by community members from Lax Kw’alaams to attend a community meeting on LNG so we hit the road and headed for the coast.  Driving west the soft green hint of leaves glowed in the sunlight, their unfurling tendrils beckoning us into the full splendor of spring on the Skeena. 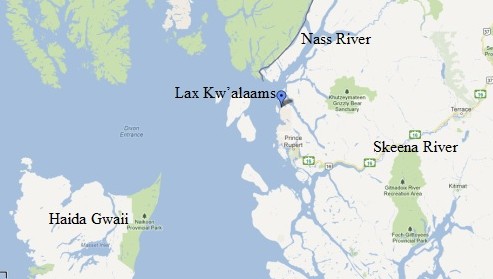 Pulling in at the ferry dock we had a taste of Prince Rupert at its finest-clear skies and sunny, not a hint of rain!  The ferry ride took us north, cedars growing taller as Prince Rupert grew smaller behind us.  Unloading in Lax Kw’alaams the warmth of the sun matched the warmth of community members exchanging welcomes and farewells.

On the drive into town we immediately revealed ourselves as non-locals by successfully hitting every pothole possible.  I tried to blend in by following the car in front of me that gracefully navigated the potholes as if sashaying across a dance floor.  If I was fooling anyone with my pothole slalom I blew my cover completely by abruptly pulling off the road to marvel at every vista of the coastline. 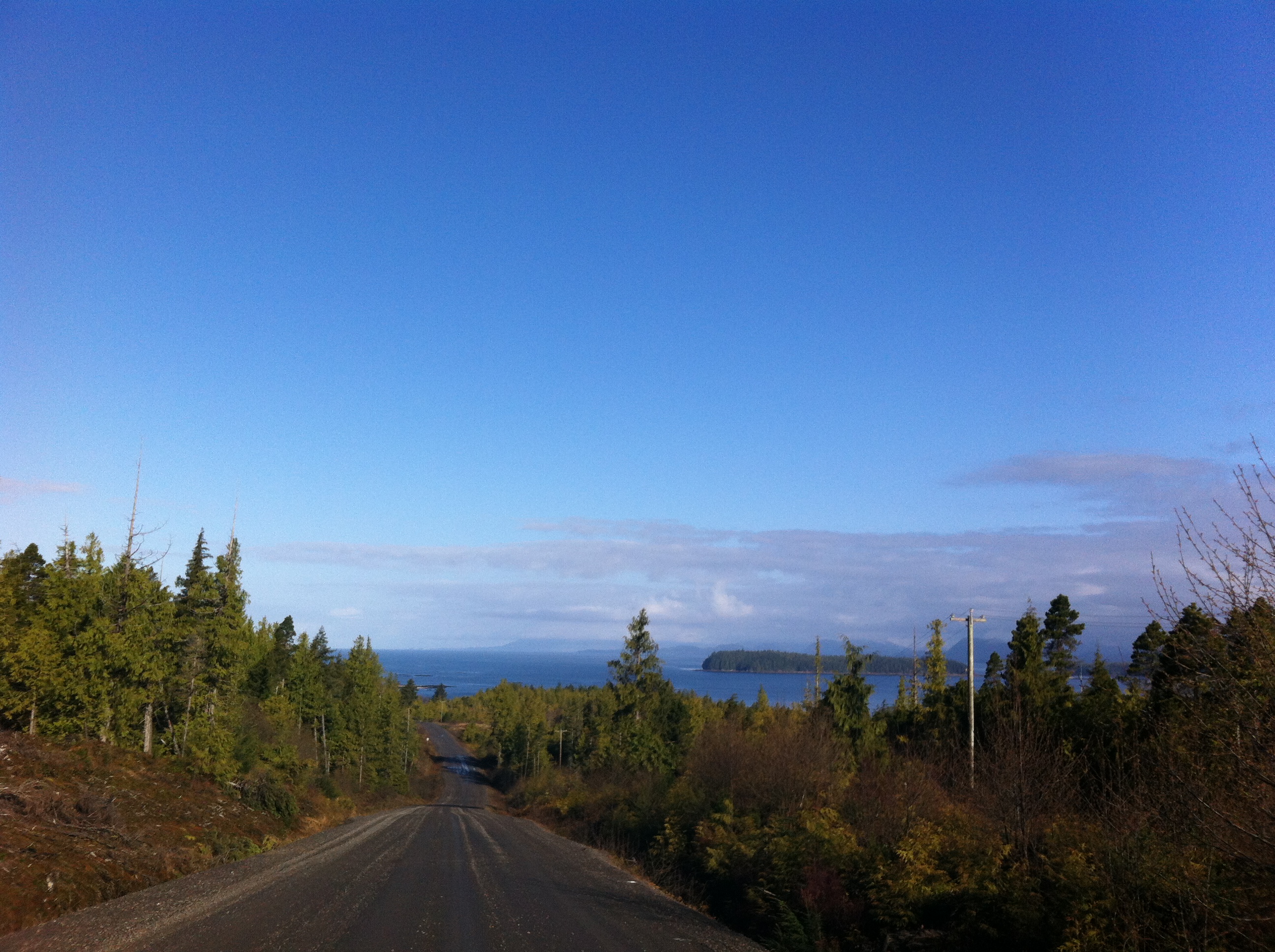 Pulling into town we headed straight for the water.  Gulls and ducks chatted pleasantly in their respective dialects while a heron peacefully walked the shoreline.  The wok-wok of crows in the trees brought me back from my reverie as I breathed in the salty tidal air.  I filled my lungs, savoring the subtle dampness of the air, like a warm breath on my cheek.  Cumulus clouds blew past snowy peaks in the distance.  Houses dotted the shoreline and wrapped around the hills.  As the morning grew into afternoon the small community began to come to life.

At the Grace United Church I met Natalie, the young woman who had invited SWCC to meet with her community.  Concerned that residents were not receiving the information they need on the LNG projects proposed for Grassy Point, just across the bay, Natalie had organized a community meeting.  Fathers and sons, aunts and uncles, cousins and siblings trickled into the church.  Stacks of sandwiches and cupcakes were laid out as people gathered around photos depicting images of the industry being proposed a stone’s throw from their homes. 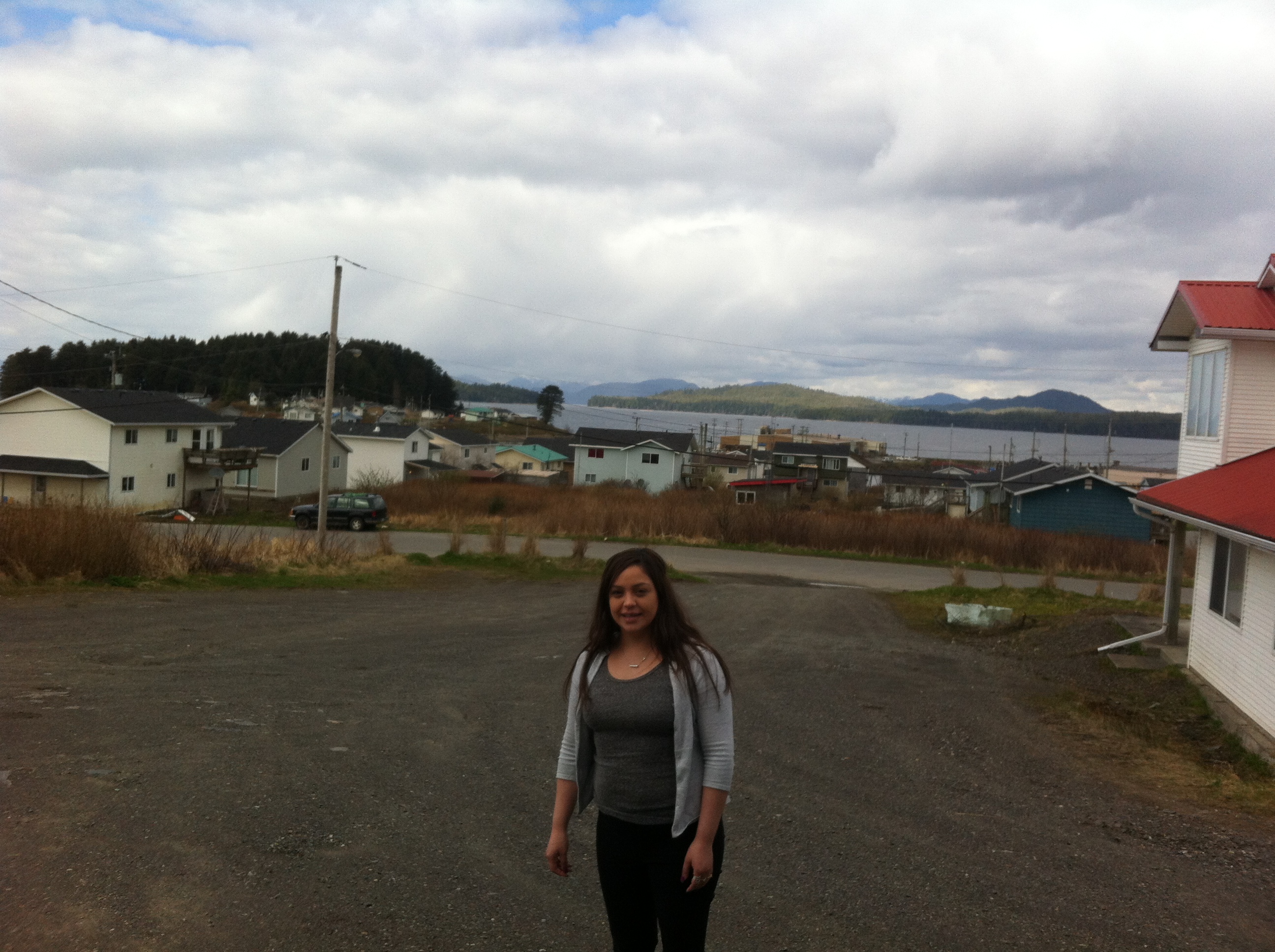 Natalie with Grassy Point in the distance

Grassy Point, along with the Skeena Estuary has been hit by the tsunami of LNG projects proposed for BC’s coast.  Aurora LNG and Woodside LNG are two of the facilities being proposed for Grassy Point with rumors of more proposals to come.  A revenue-sharing agreement was recently announced between the BC government and Lax Kw’alaams.  Many community members spoke out about this agreement saying that they had not be informed of the deal and first heard of it on the news. 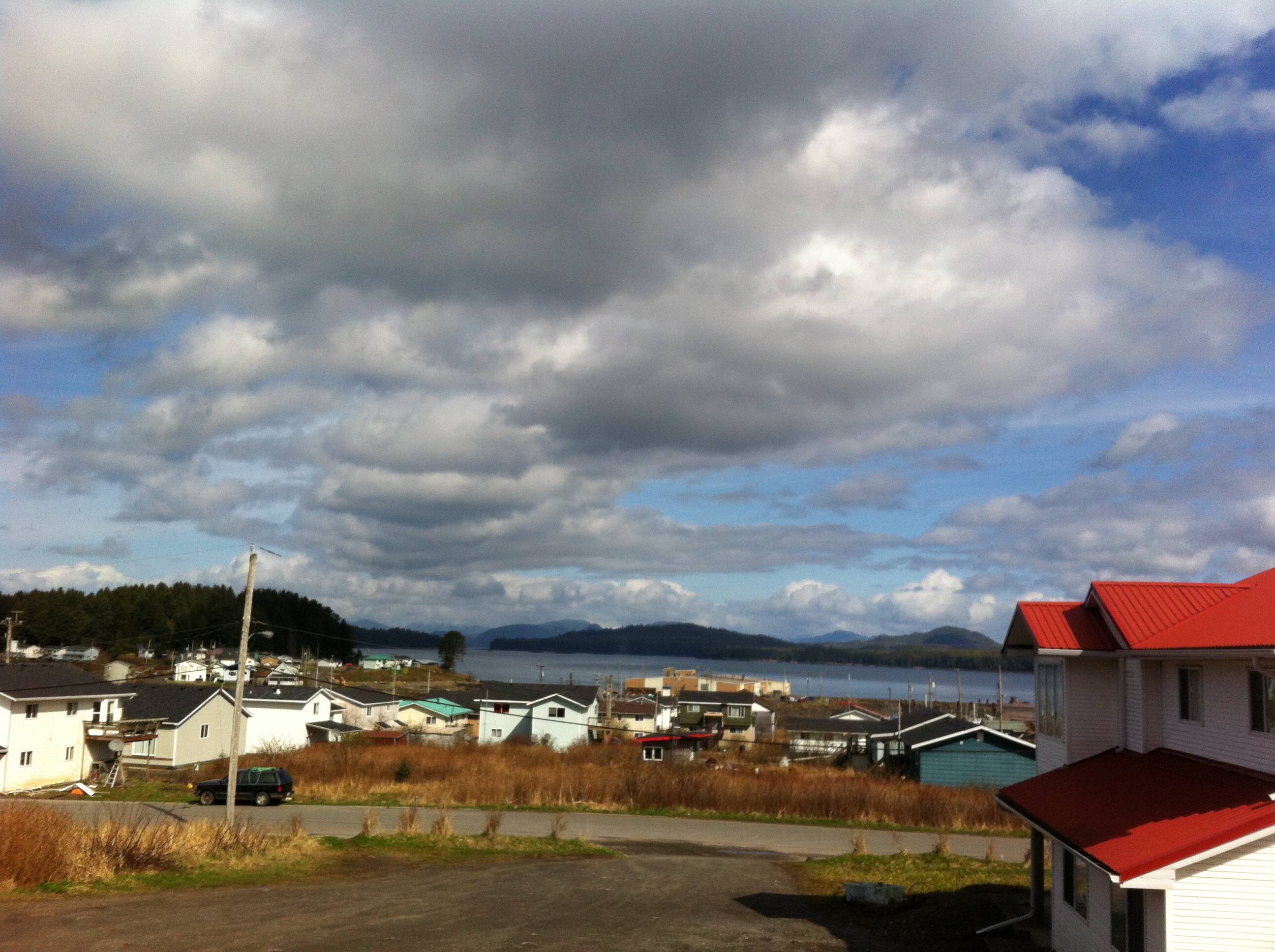 The meeting began with a photo taken just over one year ago when over 800 people from across the region came together to celebrate a tremendous victory.  Thanks to over ten years of hard work and communities standing together, Royal Dutch Shell, one of the largest corporations on the planet, had voluntarily given up its tenure to frack for gas in the Sacred Headwaters.  The photo of the celebration serves as a reminder of how powerful this region is when people are given the information they need to make decisions for themselves on what kind of development they want in their communities. 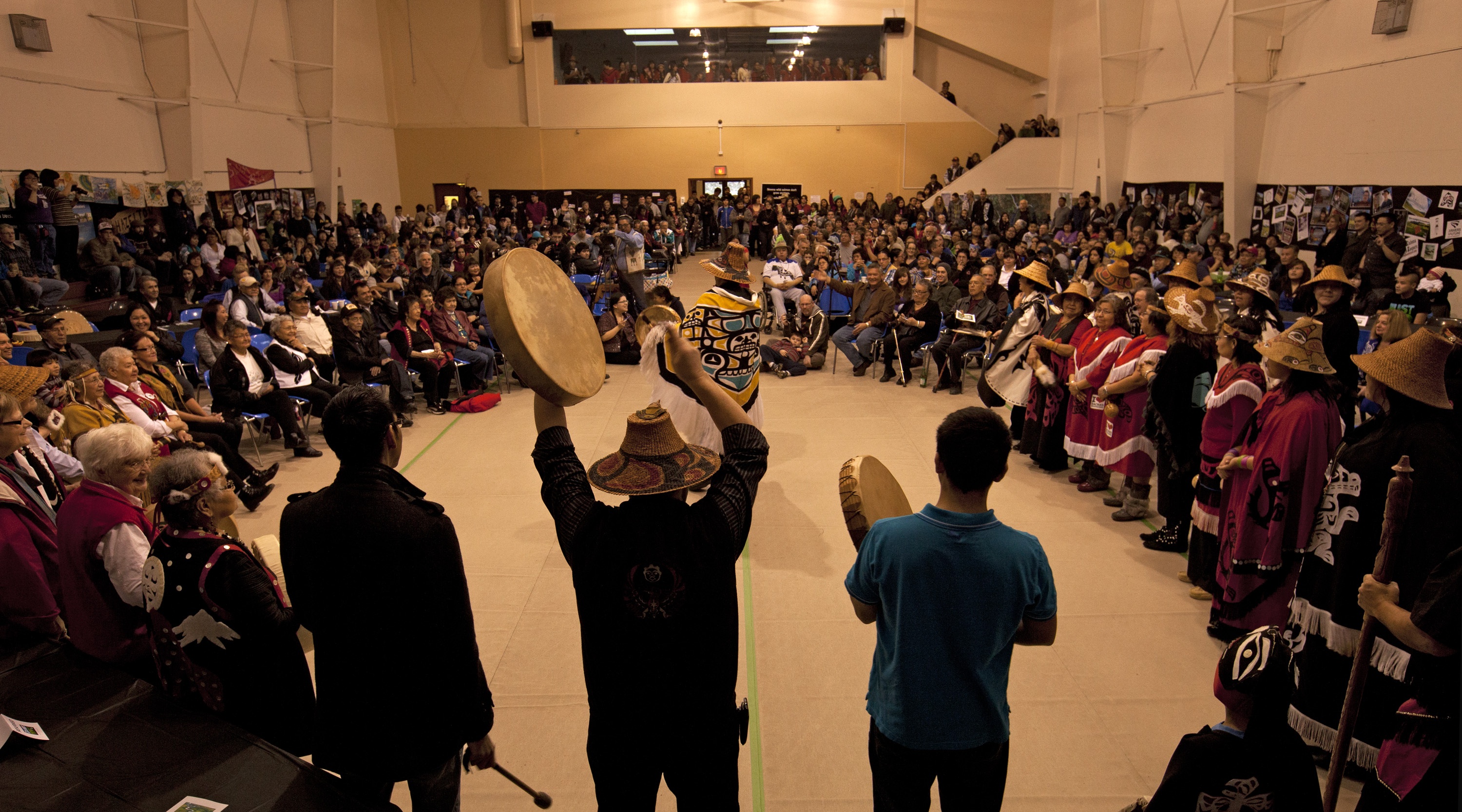 The conversation then turned to fracking, the source of the gas that would be liquefied and exported from the proposed facilities for Grassy Point.  Next we looked at the pipeline proposals that would be the largest pipelines ever built in Canada and could potentially be converted to carry oil.  Finally, we discussed the massive liquefaction terminals and tankers that are proposed to be built on Grassy Point, just a stone’s throw away from the church where we gathered.

Indignation grew as the impacts of liquefaction terminals-air pollution, acid rain, tanker traffic-began to set in.   The conversation then turned to stories of opposition that are rippling across the province.  Fort Nelson Chief Sharleen Gale has announced there will be no further discussion of LNG until her “nation and treaty is respected and our concerns about our land and our waters addressed.”  Gale’s clear message to the BC government has prompted 28 First Nations to sign on to a Declaration that places LNG “on hold”.

On Gitxsan territory, hereditary chief  Wa’a (Samson Muldoe) ordered TransCanada Pipelines to cease and desist test drilling that was taking place in the Kispiox Valley.  This drilling was being conducted for their proposed natural gas pipeline that would cross the Skeena, Kispiox and Babine rivers and terminate at a terminal on Lelu Island, in the Skeena Estuary.  Excitement grew amongst the group with news of how all five Wet’suwet’en clans had banned all pipelines from crossing their territory.  As the group broke up to enjoy a cup of coffee and a sandwich the energy in the room was pulsing.  From the buzz of conversation I could make out statements of hope and determination from young and old.  The tide is turning on LNG as more and more communities come together and question the promises being spooned out by government and industry.   As Art Sterritt, Coastal First Nation director commented earlier this week “This is the end of the love in on LNG”.