Celebrating 11 Years in the Skeena Watershed 2015

It's Our 11th Year Anniversary!  Time for SWCC & All the Supporters to Celebrate.

What began as a group of local yokels sitting around campfires and kitchen tables in the Kispiox Valley has become a full-fledged community organization that has twice been recognized as one of the top ten most effective and innovative organizations in Canada.

How in the heck did a bunch of rednecks, First Nations, raft guides,  fishermen, hunters, loggers, chefs, rodeo stock contractors, scientists, farmers and welders form the SWCC?
What have we done in the last 11 years?
Are we better off as a watershed for having SWCC, have we really make a difference?

Remember the time we realized we were out of coffee and toilet paper on the 4th day of a 26 day expedition?

Is there a story you’d like to hear?  What’s your favourite memory of SWCC?
Would you like to share a story with us? Send us your ideas, stories and questions.

Each month, we're going to give you a little piece of our heart (see Devils Club and Blazes below) in exchange for asking you to support our cause.

Wouldn't it be awesome if programs like Youth on Water were supported 100% by the communities in which the programs were hosted?

That's where the $11 for 11 months fundraiser can get us started.

Basically, you can be a kick-ass supporter for $11 bucks a month for 11 months.

By becoming an $11 a month supporter, you will automatically be entered to win a raft trip for 2 down the Skeena River.

First Month:  How it all Started at SWCC:

We’re pumped to share the first major project that SWCC produced.  It was originally called the Skeena Awareness Project (aka SAP).  Local musicians wrote and recorded music for the soundtrack.

Devils Club and Blazes is a grass roots film about a group of cultural heritage field technicians on a whitewater rafting expedition through a remote wilderness landscape in northwest British Columbia.  The film was shot as part of a research expedition to document ancient First Nations trails along the spectacular upper Skeena River.

Devil's Club and Blazes from Skyla Olivia on Vimeo.

Last month we renewed our vows by sending you an anniversary present.  We also pledged to send you a piece of our heart every month to look back at the good times we've had over the last 11 years and remember the blood, sweat and tears it took to get here.

This month is about our children, all the Skeena Watershed kids growing up and finding their way in life.  We want to make sure we're doing right by our kids...after all, who else is going to look after us when we're old?

Up Your Watershed is a musical performance that went through a bunch of schools in the Northwest in 2011 and again in 2013.  Led by Holly Arntzen and Kevin Wright the students were taught the lyrics and dance moves and put on an incredible production in each community.

Not only just a fun musical production complete with dance moves, each school was given a curriculum approved handbook as a tool to support teachers and integrated learning. Maintaining our waterways so they stay clean and healthy for all involved is essential for both economic, cultural and environmental health. We've brought this program to the watershed twice and hope to do it again in the future.

What is a Watershed Anyway?

What is a Watershed was our very first school project.  In 2007, we visited schools from across the region with a powerpoint presentation all about the Skeena Watershed and how it works.

We knew the river connected us but didn't really understand just how connected we were until sitting around a campfire in the Sacred Headwaters. A Tahltan Elder joked, "When we're angry at the Tsimshian or Gitxsan, we just pee in the Skeena and it flows all the way down to their village."  Believe it or not, this statement is what inspired the project.

Houston is connected to Kitwanga, Smithers to Port Edward and Kispiox to Terrace.  We are joined together by the water that flows downstream and the salmon that swim upstream.

The youth from the 2011 Conservation Camp for Kids (aka Eco-Wild Camp) at the Bear Claw Lodge wrote and sang this song for the Skeena Watershed Conservation Coalition.  It might have choked us up a little.

The Eco-Wild camps are an annual favourite for youth aged 10 – 16 that run June-August every year. They are focused on teaching life skills while developing a love and appreciation for the outdoors. Parents can go too...but they get to stay in the lodge and enjoy a massage or a leisurely ride by horseback along the river.

Stay Tuned for the next anniversary adventure!
Keep in mind it would be awesome if programs like Youth on Water were supported 100% by the communities in which the programs were hosted?
That's where the $11 for 11 months fundraiser can get us started.

Next Adventure: Rekindling the Relationship

What better way to rekindle relationships then on the water. Send the kids on a YOW program or encourage your wife on a WOW course and they will return super comfortable on the water. The participants learn how to oar their own raft, read and understand water and currents and learn rescue techniques.

After five successful years of the YOW & WOW programs the participants just keep exceeding the level of expectation. 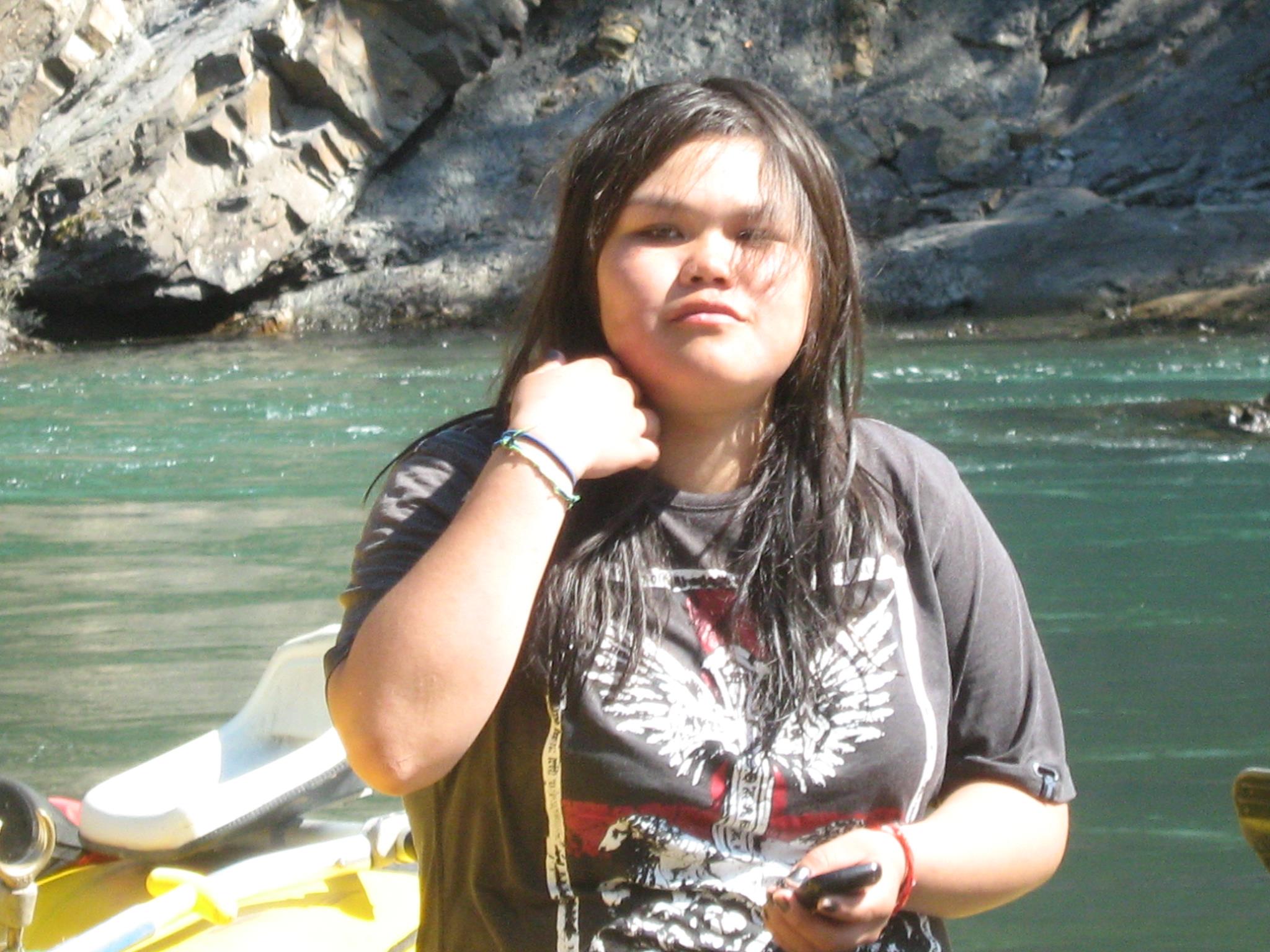 Cheyanne Travers grew up in Glen Vowel, B.C and  is a natural on the water.  When you meet her, you see a quiet, reserved young woman who has overcome much struggle in her life, living in an isolated community without many resources and supports.  Put her on the oars, and she is transformed into a confident river guide.  Cheyanne has done the YOW and WOW programs twice, if she could, she would spend every day on the river.  She prides herself on pushing Matt Lewis off the oars and telling him to pick up a paddle.  Cheyanne is a born leader and a strong woman, being on the river has helped to build resilience in other areas of life and given her the confidence as a new-young mother to finish her high school courses and live a healthy lifestyle. 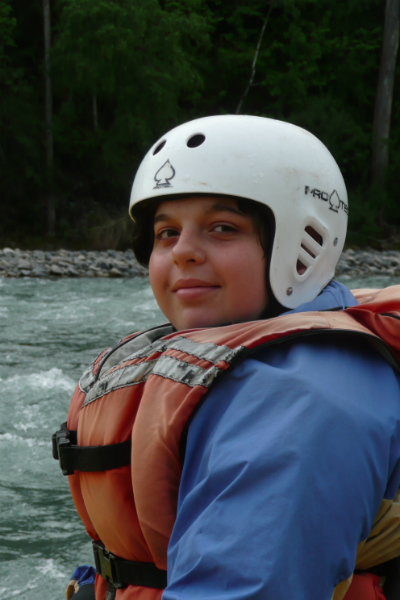 Kiara is from Gitsegukla, B.C. , 2014 was her first time attending the YOW program.  In order to participate, Kiara had to overcome some huge fears about being on the water with a group of people she did not know.  Everything was a first.  By the end if the week, Kiara was swimming in rapids, guiding the raft, helping with set up and take down, and making sure everyone else was comfortable and safe.  She was full of smiles and confidence that she has carried into her everyday life, helping her reach her goal of re-connecting with high school in the fall.